When The Boat Comes In

OK I decided that one of the first adventures of my new campaign would occur on a dock area, concerning 'rum running'. I realised that I may need a boat. So I tried to make one. 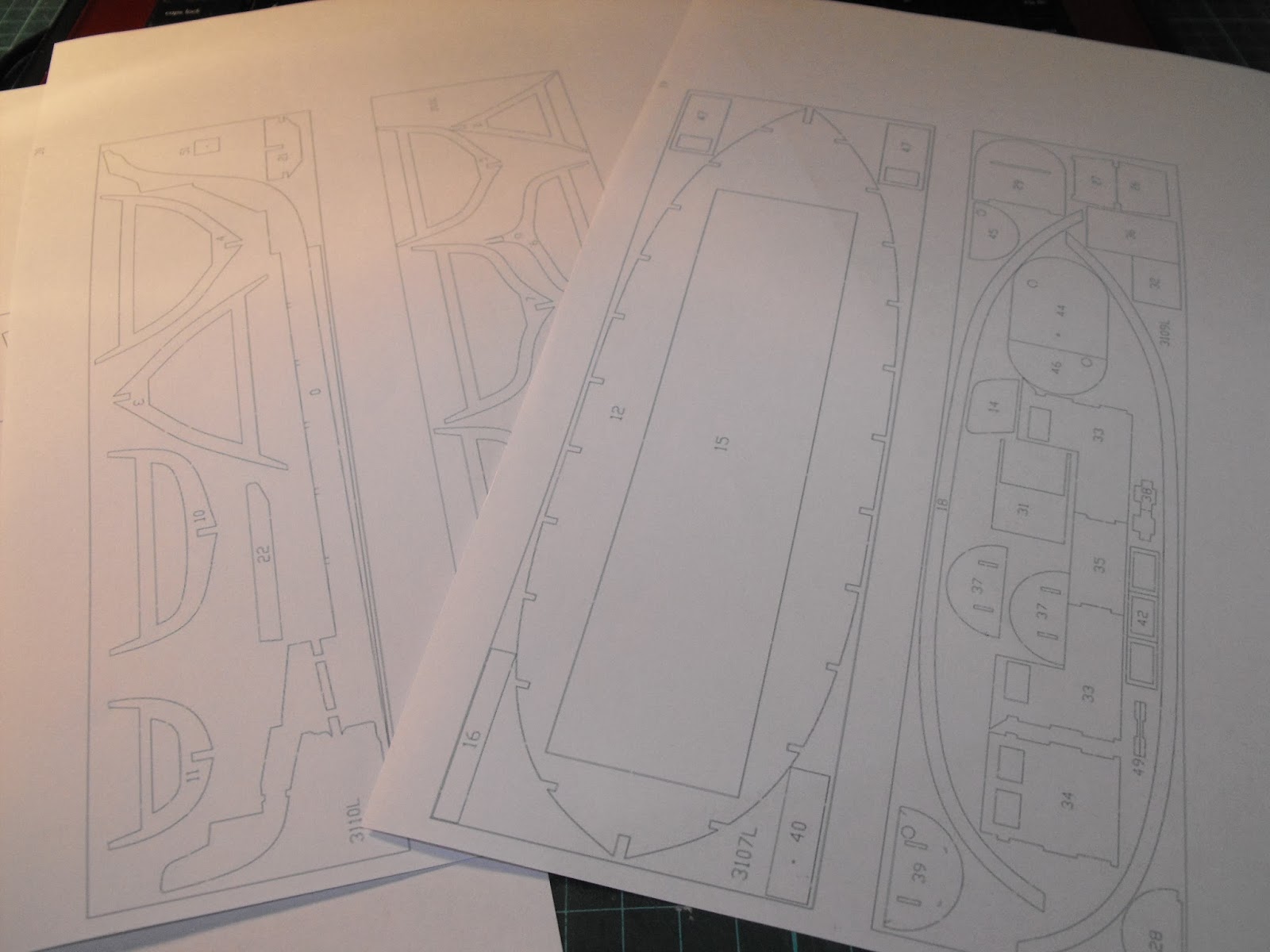 I downloaded some plans for free, I should credit the site and I think it's www.freeshipplans.com. Printed them out as 80% as I work in 1/72nd scale. 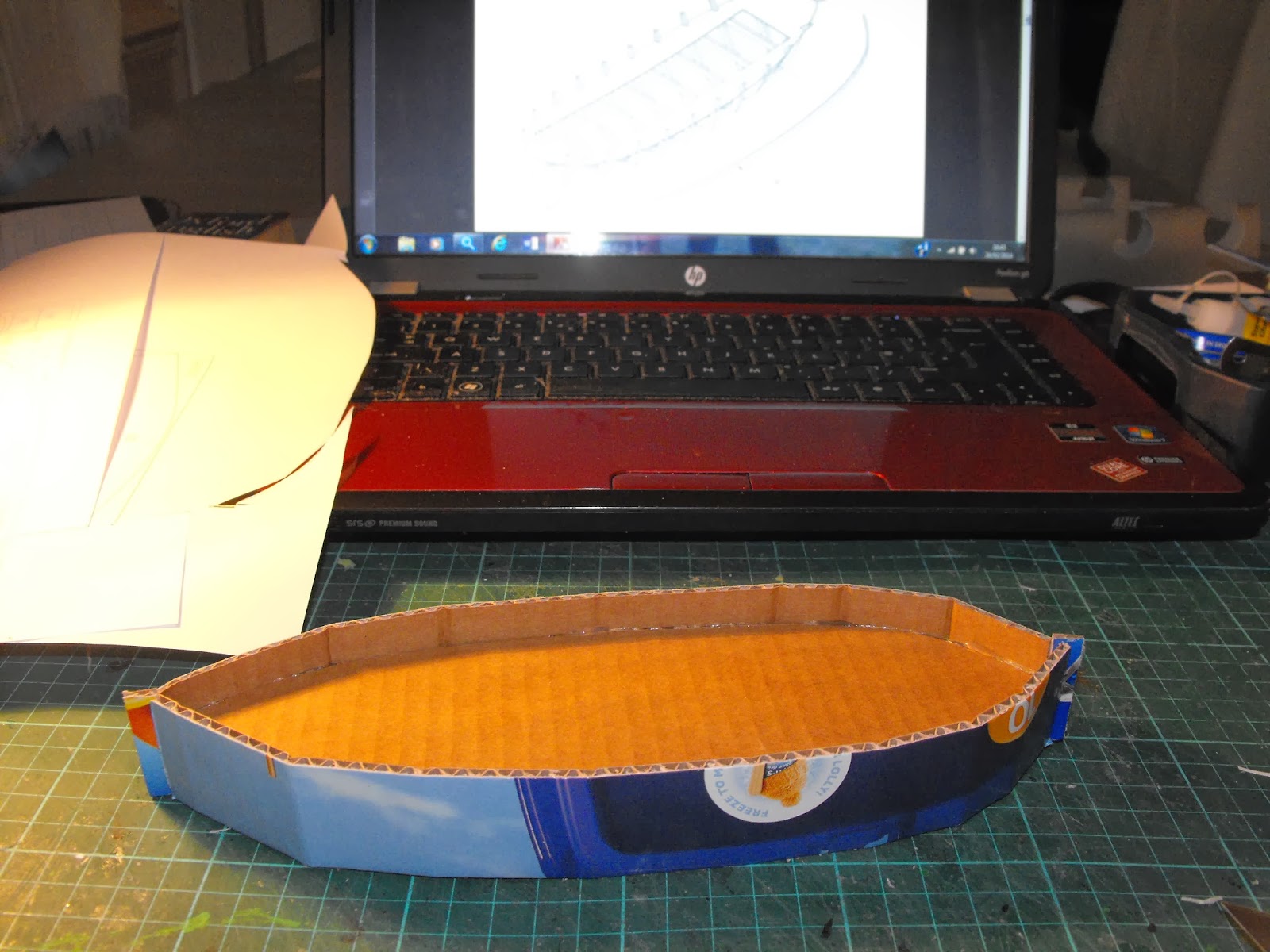 With my new proclivity for cardboard I cut out the outlines pasted them onto 'thick' cardboard, cut them out and began to build.

I now see that the ribs are in the wrong direction for planking. 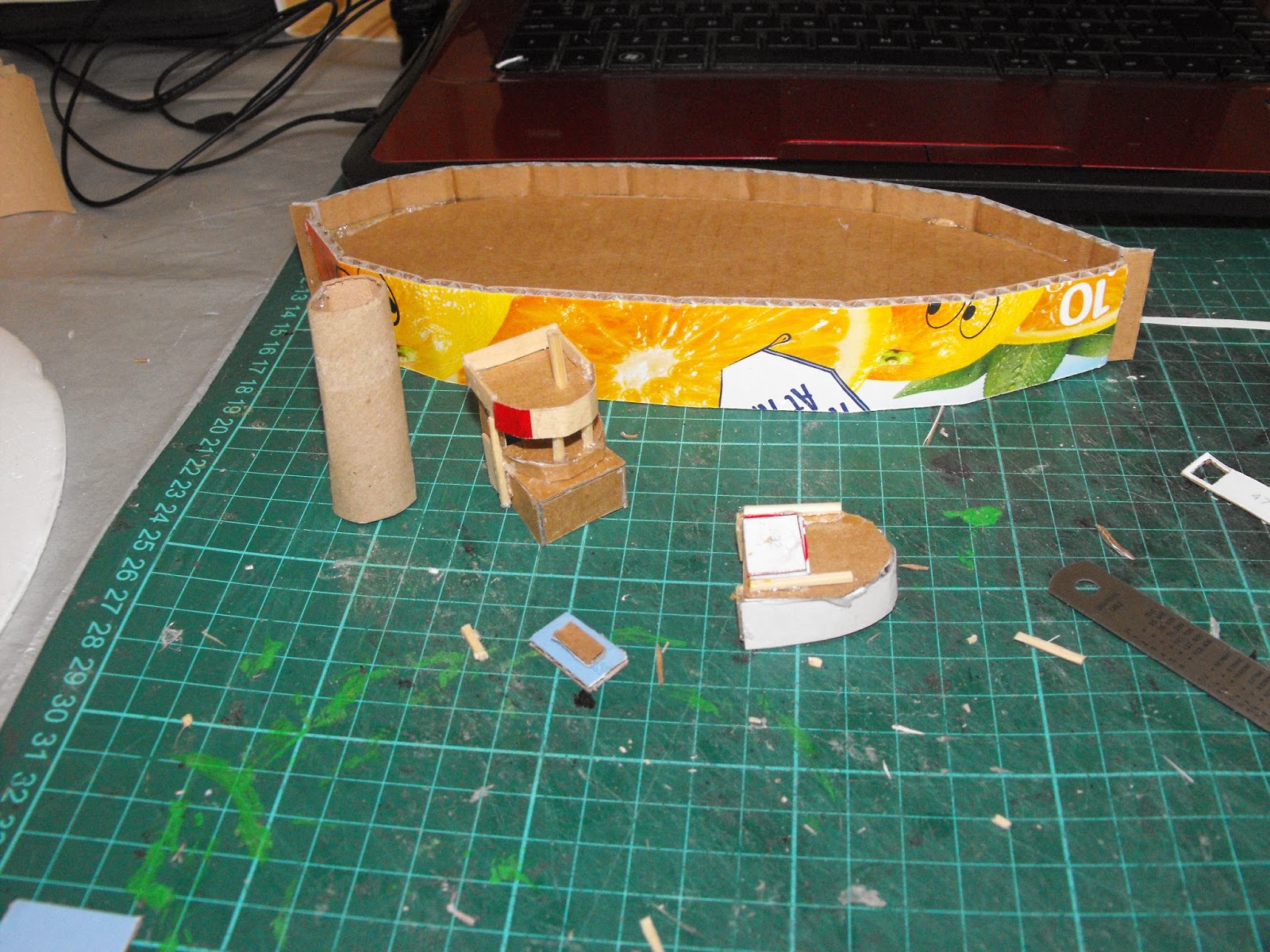 All cardboard is not the same so I made the bridge and other bits from thinner stuff and the funnel from a toilet roll. 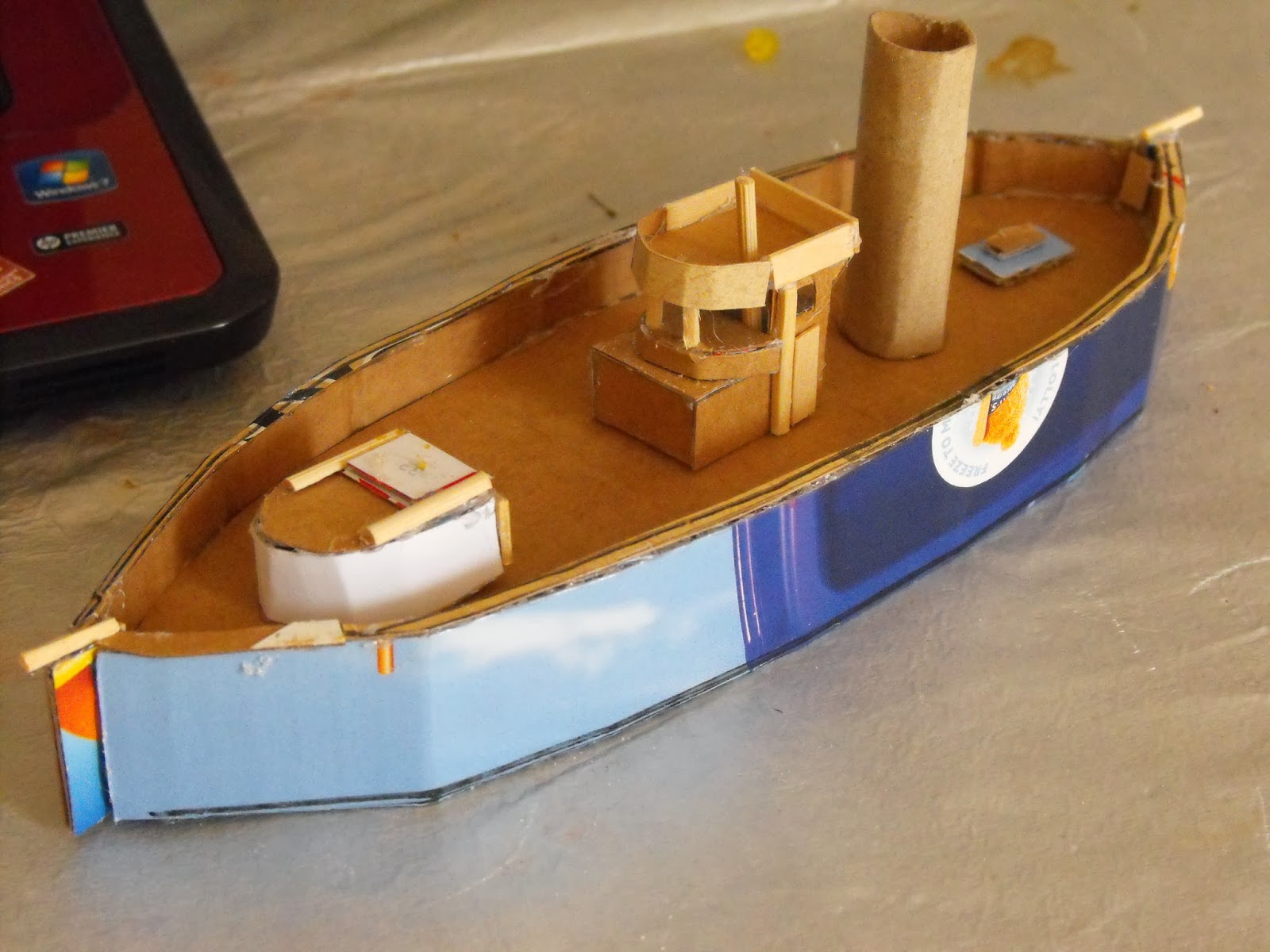 Odd bits of kebab sticks and match sticks added and there you have it.

Tarting up, undercoating and painting to do, so let's see how it finishes.

If all ready in a couple of days, then we're going to the docks. If not it's off to the cattle yards.


Thanks for looking in and commenting on previous posts. (PS I think the current season of Walking Dead is ACE!)

Drive carefully out there.

Email ThisBlogThis!Share to TwitterShare to FacebookShare to Pinterest
Labels: Terrain