This is my favourite time of year. I really like Easter.

So I hope you all have a good day and the Easter Bunny arrives for you all. 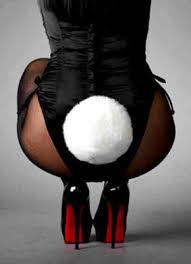 This was supposed to be an interim SITREP, but as a result of some extra work that has fallen my way (I'm sure Administrators believe that those who actually do the work just wave a magic wand and everything happens!) I've been busy waving a magic wand.

I've tinkered with Ed the THW guy's rules and mixed them up. Utilising a bit of the RPG stuff with the speed of the game. Anyway this week's post is the character sheets for last weeks muster. There is another half to these and I hope the Journals will develop as the game progresses.

After going on and passing an ABCQ course (and passing it). I have been enthused.
As such the Rosewood Brewery has been re-commissioned and the first brew is on.

Being Lent the recipe is was obtained from one Father Emmett Engel .

I hope it's a cheeky little devil up there with any Scots Chardonnay, plus there is a rather unusual side product. Anyone guess what it is?

PS don't tell the wife. She doesn't see this stuff as SCIENCE! 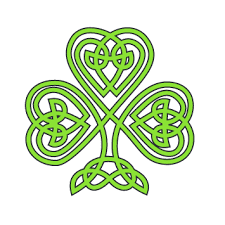 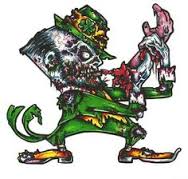 More by accident then design Captain William Fredrickson navigated the Lady Jessica to a small mooring just outside Chester City that regaled under the name of Saighton (pronounced SATAN). Alighting from the barge he is approached by a Sergeant of the 60th Regiment.

Snapping to attention, the sergeant saluted, "Cap'n Fredrickson, I presume."

Fredrickson identified an accent which he couldn't place, "yes Sergeant. You are?"

I note an accent that I do not recognise."

"You'll find a lot of that in this unit sir. Jerusalem, sir, I come from Jerusalem."  Owens usually revelled in the puzzlement his birthplace caused. But Fredrickson's look chilled his bones. "Sorry sir, that's Jerusalem, North Wales. Just over there," he gestured West with a nod of his head. Owens thought Fredrickson smiled, but he wasn't sure.
The officer shouldered his rucksack, "come Sergeant Owens from Jerusalem, take me to our men."
"Sir," replied Owens. Owens 'Jeru' or Nigel 'Jeru' , if one was familiar, was the usual nomenclature, but a Sergeant was in no position to correct an officer. Owens thought he recognised a German accent in his officer's speech, that was also not position to inquire.

Owens led Fredrickson to the edge of an un-named hamlet, beyond which a rough and ready encampment stood. Stopping on a small rise that over looked the camp Fredrickson bade Owens to do likewise.
"Brief on the men, will you Sergeant."

Owens scanned an eye about the tents. "The Rifleman on sentry; that's Hall, sir. A Canadian, joined the rifles with a broken heart and serious debt, likes his dice he does. An excellent woodsman and the company's best shot."

"The black feller, he's Rifleman Bose. Born a freeman on Trinidad  but pressed into the navy. Got so seasick the purser set him ashore, where our recruiting Sergeant got hold of him in some tavern. Turns out he's great with his hands and is an excellent armourer. Committed bit not a great soldier."

"The remaining two. Now there's a tale. Father and son. Riflemen John and Ruari Holmes, Papa Doc and Baby Doc. Dad was a Regimental Surgeon, 30th Foot, I think. An incident leading to the demise of a senior officer's daughter in childbirth led to a court martial. The noose or the army, well here he is. The son followed him in order to look after father. Both are excellent soldiers Papa Doc struggles a bit to keep up, but he has a good soldiers brain. Baby Doc gives Hall a run for his money, if he had any, with his Baker and considering his background he's one hell of a tracker."

"They've all been chosen for this task and none of us are any the wiser." Owens braced himself for the 'you're not paid to think' speech but was surprised.

Owens snapped to attention and doubled away.

Well there you have them. The characters for my new adventure. I hope for at least one episode a month.

Thanks for calling. See you all in the blogsphere. Take care.