Zombie Clowns and other Deliciousness. 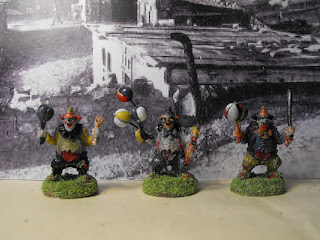 Tempus fugit. My great time on leave is coming to an end, Monday :-( . But the weekend holds some pleasantness; visiting my club and an open day at the local Rugger club. As cider may feature prominently I decided to get as much done in my current zombie project as possible.

And here it is. First up the Zombie Clowns. I wanted a rougher result to them so I just Skim painted them and tried out some washes and dry brush techniques, which I'm not too good at. Saying that I'm fairly pleased with the result. 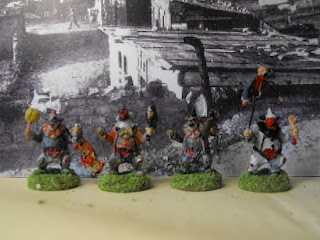 Working in plastic means that it is cheap to practise some conversions. I rushed these ones but it was a good exercise just the odd cut and add, really gives an individuality to the figures. If I make some more I'll spend a bit more time cultivating head moves and the like. 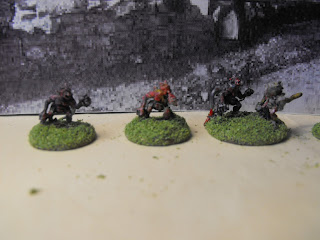 The Chupacabras were next. Flushed with my success with the painting techniques I tried the same on these. Not too bad but I do need to get a grip on colour grading. Being colour blind doesn't help and I work in primary colours. Next time one of the heirs can sit with me and give the various shading. 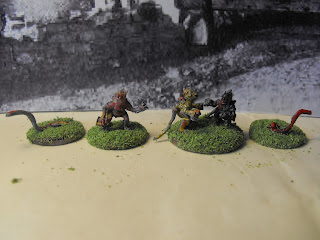 Snakes are required in the 'Giving up the Goat World'. So a couple of 'green stuff' sausages for them. 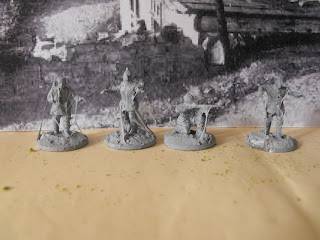 Finally, Colgar6 suggested Zombie Nazis. Now as my games are set in the early Nazi era and I had no WW2 Germans I struggled with that. Then the electric light bulb lit above head and I came up with 'Zombie Bosch.' WW1 Airfix German Infantry, a craft knife and some glue. Changed some heads and arms, roughly scraped away the flash, UHU gloopy glue to give the 'just came from the grave' look and a grey undercoat. 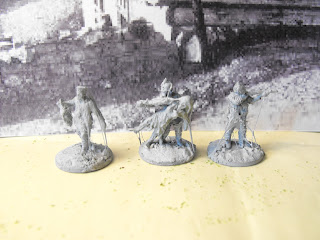 I'll try again with the washing and dry-brushing and see how these come out and with a little luck smart Zombie Bosch.


And this weeks beauty is? 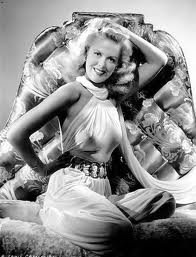 Enjoy what's left of the summer. Thanks for popping by.

Email ThisBlogThis!Share to TwitterShare to FacebookShare to Pinterest
Labels: All things Zombie, figures